After the worst shooting atrocity in American history, the question, macabre but inevitable, arises once again: “How do we respond to a world that seems out of control?”

The world and its people are changing and losing knowledge. Females and males are losing virginity as early as 10 years old. The crime rate is increasing daily. Every tenth of a second a crime takes place somewhere in this world. Children are disobeying their parents, teachers have no control over the behaviour of children, mental health is at an all-time high in every society in the world.

Entire countries are poor and their population is literally starving to death while diseases eat away at them. Bad weather is increasing. Meteors hitting earth are increasing, hurricanes and tornadoes are increasing, the summers are hotter than usual and the winters are colder. Earthquakes are being felt in places where they should not be felt, earthquakes are happening in places where there are not even fault lines. Wild fires across the globe are destroying many many acres of land and destroying civilization.

The ozone hole is getting bigger, oil prices are rising and oil reserves are getting lower each day. The prices of goods and services are rising and the value of the world currency is lowering. Many new hurtful laws are going in effect and more and more people are experiencing some type of illness.

What are people to do about these major challenges?

Have these things been happening all throughout history and no one realised it or is things getting worse and making people pay attention to it?

The world seems that way because it is out of control the sun rises whether we want it to or not, the toaster breaks, someone cuts you off on your way to work. We’ve never had control. We have the illusion of control when things go the way we think they should. And when they do not, we say we have lost control, and we long for some sort of enlightened state beyond all this, where we imagine we’ll have control again. But what we really want is peace. We think that by having control or becoming “enlightened” (and no one knows what that means) we’ll find peace.

All around us things are changing. People are talking about disruption: personal lives being disrupted, businesses being disrupted, society being disrupted. This disruption, this change, is coming from lots of directions: technology, things that are happening in the world, the connected globalisation, urbanisation, the changing and ageing demographics, the refugee problems, politics, terrorism, the mobility of people, climate change.

One of the notable issues is that fear tends to dominate. Some people are finding themselves and their organisations in the scared quadrant as they don’t see the opportunities or they focus on the things that go wrong and are risky. How people react in uncertain moments is a good indicator of how they will react in the future.

Digital transformation is one of the largest of our time, translated in business model disruption, new services, cybercrime and new devices in an app- or bot- centric world, and disruption in our ability to cultivate new multi-generational talent and respond to a rapidly changing marketplace. We create more data than people can consume. We used to talk about innovation trends as if they were in silos. The trends are still important and have impact by themselves, but their combined impact will be much greater. We need to change how we think about business to remain successful and productive as individuals and as organisations.

We can see it happening all around us with accessible, affordable, adaptable technologies that are changing the way we live and work, becoming so fundamental to our lives that they are even shifting our understanding of what it means to be human. The adoption of new technologies is accelerating and technological breakthroughs are speeding up. It took radio thirty-eight years to reach 50 million users, TV thirteen years, iPod four years, internet three years, Facebook one year and Twitter just three quarters of a year.
While the digital economy holds great opportunity, it also brings new risks and challenges. So, what’s at stake?

To understand the future, we need to look at the past. Half a century ago, the life expectancy of a firm in the Fortune 500 was around seventy-five years. Now it’s less than fifteen years and declining even further. If we look at the Fortune 500 companies in 1955, 88% of them have disappeared since the year 2000. That means that only sixty are left. They went broke, they were taken over, they merged or they were split into pieces. In five to ten years from now a large portion of today’s companies will probably have an offering that doesn’t exist yet. Companies are going to change massively, and the rate of change is just accelerating.

Maybe, Charles Dickens, had a point when he quoted in ‘A Tale of Two Cities (1859), set in London and Paris before and during the French Revolution’, when he said: 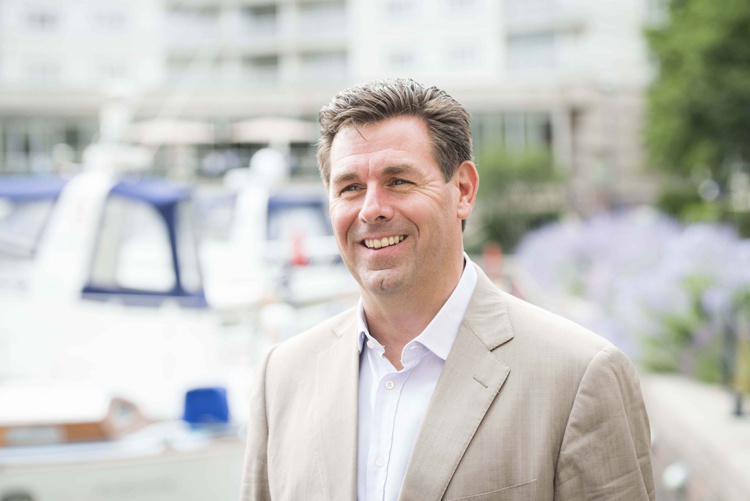